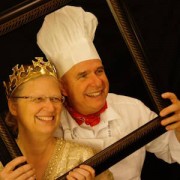 Mount Vernon’s pastor spent his childhood living near the airbase in Pakistan from which Gary Powers took off in his U2 spy plane and was shot down a few hours later in Russia.  John was homeschooled by his mother who founded an English-medium school for Pakistan Air Force officers’ kids.

God’s call for John to become a pastor happened on a Friday night in the fall of 1971.  It was the beginning of his third year of college taking pre-medicine. John had decided to become a missionary doctor.  He didn’t want to raise a family of poor pastor’s kids like he was.  But his plans were turned upside down that night by an amazing, sovereign God with a sense of humor.

Two years after marrying Denise, she told him a story.  “At the age of twelve, God impressed me to become a pastor’s wife.  Finally, after several days of turmoil, I told God I would be willing, but that He would have to find me a pastor to marry.”

Denise continued. “John, I knew I loved you in high school and wanted to marry you.  But while you were taking pre-med, I was confused.  I didn’t know what to do…so I just waited and prayed.  When you changed your major to Theology, I was so happy…but I still waited to say anything. I didn’t want to get in-between you and God.”

Denise, RN, BS, is mother to three grown daughters and grandmother to three little ones who live in Puyallup.  Her parents and siblings all live in Western Washington.

John is a certified teacher, school administrator, project manager, and an ordained clergyman who specializes in interfaith philanthropy.

Some of God’s miracles in his life include: 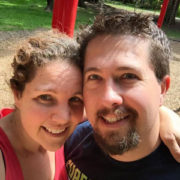 Wife, mother, sister, daughter and friend. Melissa is our Worship Service Coordinator. She loves to help out wherever there is a need. Melissa has also been in leadership with Celebrate Recovery and has first-hand experience with addiction and recovery. Currently, she homeschools her daughter and son, is involved in a local Christian homeschooling co-op and is passionate about people. Melissa loves horseback riding, reading, writing and singing.

“When I was a kid, I had a poster with a rainbow on it with what is now my life verse: ‘He who began a good work in you will be faithful to complete it’ Philippians 1:6. That verse has always been a ray of hope in my life, and I trust that God will continue to work on me every day.”

My journey of faith began as a little girl. I have precious memories of climbing to the top of huge boulders and singing praises to Papa God from the depths of my heart. That invigorating relationship with God was renewed when I was a Freshman in high school. Papa became my dearest friend. I talked with Him about everything and enjoyed an experience of His presence that transformed my life forever. My greatest treasure is being in relationship with the One who created the universe, yet values me enough to give everything to secure my freedom to love Him!

Loving Him includes loving His kids. Each person is a unique and beautiful treasure! I envision our little Mt. Vernon SDA Church working together, with unity of purpose, to get closer to Papa every day and through the power of the Spirit, to embrace each other and our community with the love of God. I envision a group of people who invest in each other deeply enough to tenderly call forth the beautiful and unique treasure in each person, recognizing the gifting and calling that person brings to the Kingdom of God. May His Kingdom come, His will be done in the Mt. Vernon SDA Church as it is in heaven!